Shocking: Two girls had seizures at the HPV vaccine injury protest in Dublin – they claim as a result of receiving the Gardasil vaccine – TheLiberal.ie – Our News, Your Views 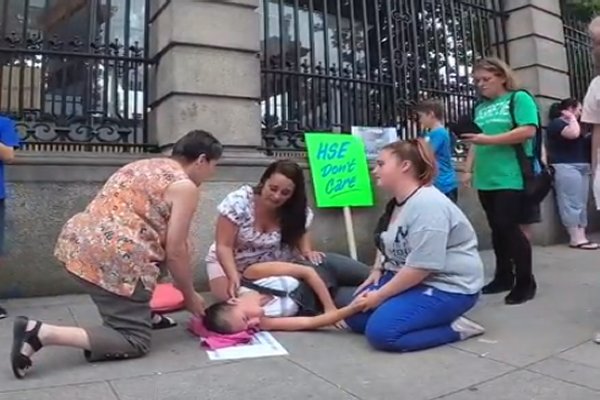 A large group of anti-HPV vaccine protesters held a rally outside the Dail yesterday afternoon.

The Liberal was told that the group have mostly come together as a result of meeting online, through what they claim, have been “severe injuries and side effects as a result of receiving the controversial HPV vaccine”. 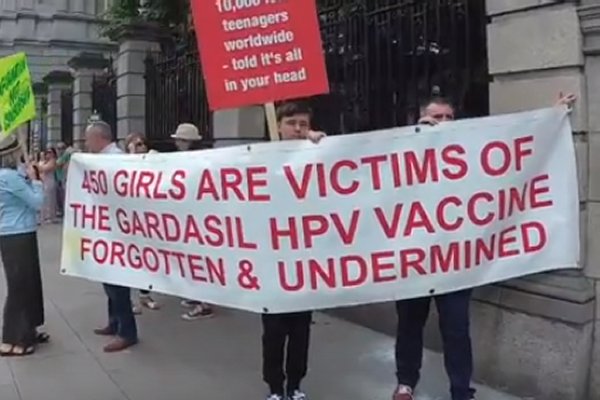 The Liberal spoke to Angela Collins who said:
“We’re here to show the stark reality of what the injuries and severe side effects that the HPV vaccine can have. Simon Harris and the government are trying to force all our children, very soon including our boys, to receive the vaccine but yet will not allow us, the victims and their families of the vaccine to have a voice and be heard of how dangerous it is.”

Ms Collins continued:
“That’s what we’re here. That’s why we’re using the hashtag #WhatAboutUs – we need support and we need to be heard. We want to stop this scandal, we’ve been neglected by the HSE for far too long. We believe that the HSE are hiding the risks attached the HPV vaccine. We need people to read about our protest, we need people to share the images, share the video, share your article to raise as much awareness as possible. We need what we believe are the serious dangers of this vaccine known to people before they allow their child to receive it.” 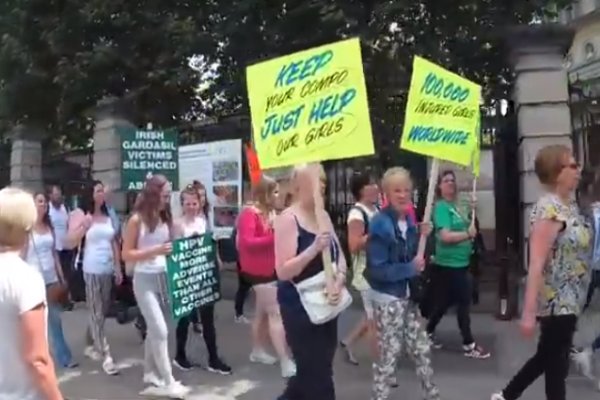 The Liberal has been informed that a total of three girls got sick, two had seizures, were treated at the scene by paramedics and one was taken to St James Hospital.

Musician and campaigner Jim Corr, who recorded the video, told The Liberal:
“The protest took place as Prof Ian Frazier, the co-inventor of the vaccine, gave a speech next door in the Royal College of Physicians. It truly is shocking to see so many people being ignored by the HSE, the Minister for Health Simon Harris and the government as a whole. Their side effects and adverse reactions can’t be ignored forever.”

Watch the shocking and dramatic video below which shows the protest taking place with chants and signs claiming that their voice is not being heard in mainstream media and towards the end you can see one girl having a seizure at the gates of Leinster House itself.