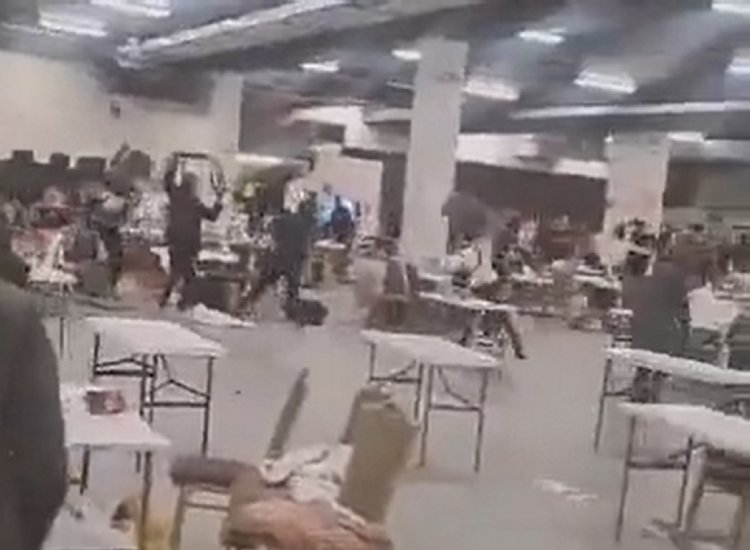 Gardai remain at the scene in CityWest and will more than likely be there for the entire night as staff and migrants are said to be frightened following incredibly vicious scenes during a brawl on Monday evening.