?BREAKING: The body of Irish UN peacekeeping hero Sean Rooney is on its way home to Ireland – TheLiberal.ie – Our News, Your Views 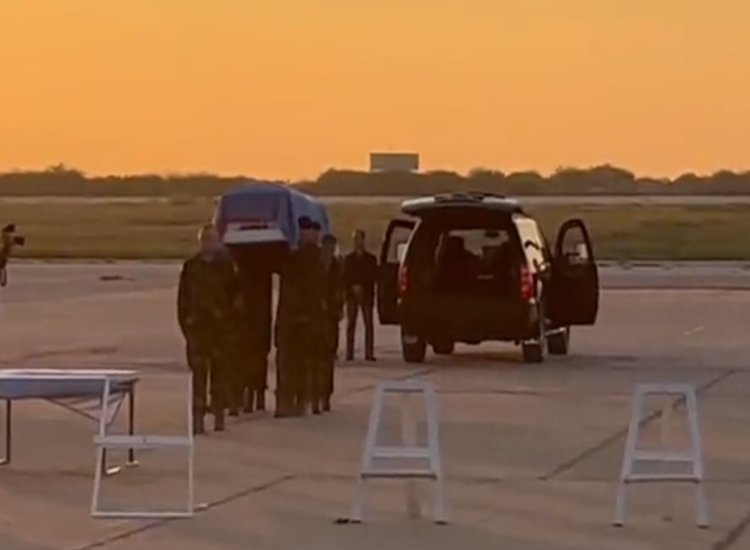 The body of Irish UN peacekeeper Seán Rooney is on its way home from Lebanon, leaving on an Air Corps plane this afternoon.

A United Nations ceremony honouring Private Rooney will be held at Beirut Airport.

A large contingent of Irish soldiers, part of the United Nations 121st Battalion, are at the airport for the ceremony and Irish Ambassador to Egypt Nuala O’Brien laid a wreath for Pte Rooney.

His remains will be taken to Casement Aerodrome in Baldonnel and will be reunited with his family in the morning.

The 24-year-old was killed in an attack on Wednesday while serving as part of the United Nations peacekeeping mission in the country.

Speaking to RTÉ’s The Week in Politics, Mr Coveney said he was breathing independently and his head injuries were being treated.

“He is doing well given circumstances and seriousness of his injuries,” the minister said, reports RTE.

Team members are also assisting the United Nations Interim Force in Lebanon (UNIFIL) in an investigation into the incident.

Defence forces said yesterday that two soldiers who were part of the convoy on Wednesday and suffered minor injuries have been discharged from hospital.

UNIFIL investigators, Lebanese authorities led by a military prosecutor and the Irish armed forces will separately try to find out exactly what happened.

Coveney, Secretary of State and Defence until yesterday’s government reshuffle, said they “will get to the bottom of what happened” in Lebanon.

The minister said he spent time with Pte Rooney’s family this week and described them as “incredibly strong, impressive people”.

He said he spoke to Lebanese foreign and defence ministers “in very blunt terms” about their expectations for full cooperation on all aspects of the investigation.

Minister Coveney said he did not accept Hezbollah’s statement that it was an “an unintentional incident”.

He said Hezbollah “controls a lot of people and a lot of weapons” in that region and is “part of the problem”.

Cathal Berry, an independent TD and former member of the Defence Forces, said what happened in Lebanon was “murder, plain and simple”.

On the same show, Berry said it was “very important” that the perpetrators were brought to justice.

He said it was important that the mission endure and that UNIFIL was “is actually doing its job”.