Campaigners march in support of legalising cannabis – TheLiberal.ie – Our News, Your Views 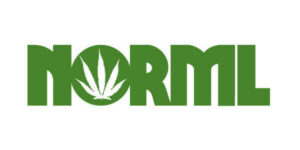 It is the issue that never goes away, one that has proved polarizing in society for decades.

The National Organisation for Reform of Marijuana Laws (NORML) held a demonstration in Dublin this afternoon in favor of legalising the drug.

According to the group, the complete legalisation of cannabis would benefit the Irish economy, assuming that it would be sold through reputable outlets.

The march began in the Garden of Remembrance in Parnell Square, and headed towards Leinster House.

Director of NORML Ciarán Maher stated that “The issue of cannabis in our society isn’t one that’s going to go away. It’s the third highest used drug in the country after alcohol and tobacco.

“Criminal gangs are making massive profits off this. For society as a whole it would be far better if it were taken away from the criminals and into the legitimate tax economy.”