Clarkson accused Irish Top Gear producer of being ‘lazy’ before hitting him – TheLiberal.ie – Our News, Your Views 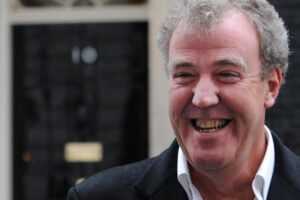 He also allegedly called producer Oisin Tymon a ‘lazy Irish c***’ during a 40-minute rant that started over a lack of hot food at the hotel where Clarkson was staying.

Clarkson had been having a few drinks with Top Gear co-hosts James May and Richard Hammond in Surrey, before he flew by helicopter to the hotel in Yorkshire.

Upon arriving at the hotel and finding out that there was no hot food available, Clarkson is alleged to have gone on a rant and punched the Irish producer in the face. The punch split Mr. Tymon’s lip, requiring emergency treatment.

Clarkson is understood to be strongly denying such accusations.

The controversial host has been suspended from the BBC.

Over 800,000 people have signed a petition to have Clarkson reinstated.