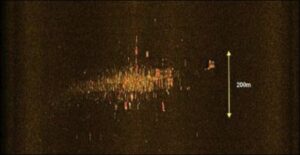 Search teams believe they have located the missing AirAsia Airbus.

Sonar equipment has detected a large object resting beneath the waters around the search area in the Java Sea.

Some more bodies have been recovered today, a flight attendant and a person wearing a life jacket among them. The fully clothed bodies suggest that the aircraft hit the water intact, and that it may have remained afloat long enough for some people to put on their life jackets.

The debris field is largely contained over a small area, which suggests that the plane broke up on impact, rather than in mid-air.

162 people were on board Flight QZ8501 when it went missing.

No survivors have been found.