Demonstrations over the imprisonment of water charge protestors to go ahead in Dublin and Mayo today – TheLiberal.ie – Our News, Your Views 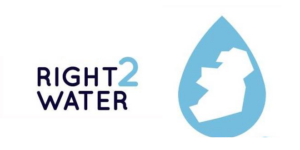 The jailing of four water charge protestors this week has sparked a fresh round of popular opposition to water charges and also a show of support for the people sent to prison.

Campaigners will march from Central Bank to Mountjoy Prison in Dublin at 2pm this afternoon.

Elsewhere, the Right 2 Water group is planning a protest outside Fine Gael’s national conference in Mayo today. They will also be calling for the immediate release of the jailed anti-water charge protesters.

Four people received prison sentences for breaching a court order not to obstruct the installation of water meters.

Two of the protestors were handed down 56 days, while two others were sentenced to 28 days in jail.

A day of national protest against water charges is scheduled for March 21.