Dil Wickremasinghe: The invention of a controversy, writes James Brennan – TheLiberal.ie – Our News, Your Views 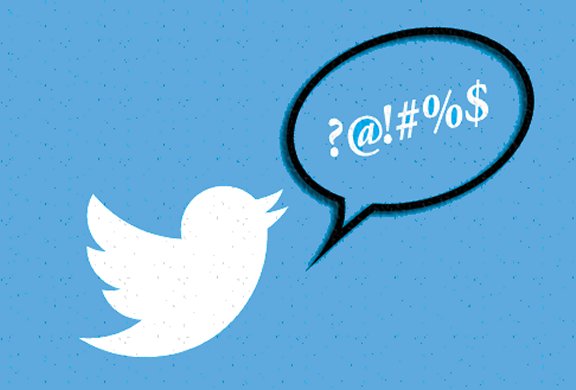 There’s a reason why I don’t like Twitter.  In no other forum does the doctrine of mob rule find its place so readily.  A seemingly harmless tweet can be promoted to such a degree that it sounds like the most offensive comment made by anyone in the history of mankind, and no-one bats an eyelid.  (They’re all too busy re-tweeting).

The idea that Twitter runs away with itself regularly isn’t a new one, but it’s one we need to be particularly mindful of in the run-up to the marriage referendum.  It’s not good enough for important aspects of the debate to be lost or obscured by the online noise.  Every voter might not have a Twitter account, but tweets have a habit of taking flight onto other fora so that eventually, they become a story in their own right.

This happened recently when broadcaster Dil Wickremasinghe took extreme exception to a tweet posted by the Director of the Iona Institute, David Quinn last November.

Writing almost four months later in an article for OutMost, she highlighted a tweet sent by Quinn when he tweeted “Who’s the father?” in response to a tweet by another twitter user about “two lesbian SSM campaigners announce “we’re pregnant!” Ppl rush to congratulate them.  This truly is an emperors new clothes era.”

The original tweet never mentioned Dil, nor did Quinn’s response. But Dil took extreme exception all the same and decided Quinn was referring to her, and intended to refer to her.

A few things bugged me about Dil’s article, and the vitriol that was targeted at Quinn in the aftermath.  For one thing, while his comment might have been a bit of a throwaway remark, there’s nothing actually derogatory about it.  Think back to the times when you’ve heard someone is having a baby.  Doesn’t your mind automatically run to wondering who is the father?  And while I get that in this case there are two women involved, that doesn’t mean that there isn’t also a man on the scene.  Let’s not forget, in the past few months we’ve heard about how shopping queen Mary Portas and her partner have had a baby fathered by Portas’ brother.

The other obvious thing, as already mentioned, is that there is nothing to connect either the original tweet, or Quinn’s response, to Dil herself.

Even if Quinn was aware, I can’t quite take Dil’s statement that he was “demanding to know who the father” was. The tweet doesn’t read like a demand.  It reads like a question.  That’s all; nothing more, nothing less.  And Dil herself has discussed her pregnancy with Shane Coleman on his radio programme, so it’s not as if she’s keeping it entirely to herself.

Dil takes huge issue with the fact that the tweet is a “personal attack”.  She accuses David Quinn of having “crossed the line of decency”, and that it “gave others permission to do the same”.  She then says that she was “mercilessly attacked on social media”.

Quinn, by the way, makes no bones about the fact that he believes no child should ever be deliberately deprived of either a mother or a father. He is against egg and sperm donation across the board whether for gays or straights. There are many donor conceived children who are totally against egg and sperm donation despite it being the means of them coming into the world.

Obviously, no-one condones personal attacks of any kind, on any forum.  But anyone following this situation on Twitter will see that David Quinn was subjected to unbelievable abuse in the aftermath.  Some of the comments centred around his own family and children.  And for what?  A three-word-tweet that didn’t directly attack anyone.

Ultimately it is hard to avoid the impression that those campaigning for the right of virtually anyone to use donor gametes and surrogates to have a child irrespective of whether they can provide the child with a mother and a father are trying to shut down the debate.

They don’t want anyone asking, even in the abstract, who the father or mother of a child is, and that is why they are targeting those who do ask that question.