Divers attempt to reach wreckage of AirAsia Flight 8501 – TheLiberal.ie – Our News, Your Views 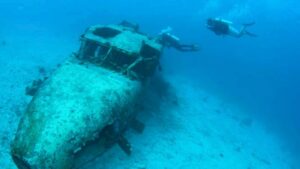 A team of divers has been battling poor weather in an attempt to reach the final resting place of the doomed AirAsia flight that went down in the Java Sea.

The divers’ efforts have so far been thwarted by adverse conditions, and though they were very close to reaching the wreck, they were forced to turn back amidst dangerous waters.

Flight 8501 was en route from Indonesia to Singapore when it vanished from radar screens after its crew requested permission to divert from their scheduled flight path due to heavy thunderstorms.

31 bodies have been recovered so far, but rescue crews believe most of the passengers’ bodies remain strapped to their seats inside the fuselage.