Homer and Marge Simpson will get “legally separated” – TheLiberal.ie – Our News, Your Views 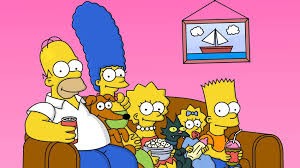 Looks like not even the most famous TV cartoon family is safe from marital breakdowns.

It has been revealed today that Homer and Marge will become legally separated during the show’s upcoming 27th season, which will premiere in the Autumn.

According to the show’s producer, Al Jean, it is discovered that Homer has narcolepsy, and this puts terrible strain on the marriage. Homer and Marge legally separate, and Homer falls in love with his pharmacist.

It is not known at this point whether the split will last longer than one episode, however.

We’ll just have to wait and see.