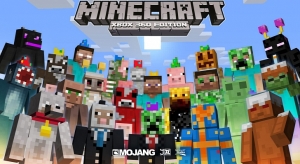 If you are a gamer, and more specifically, if you are a fan of the massively popular block-building game ‘Minecraft’, you are in luck this morning.

The Swedish company that created the game, Mojang, has announced plans to launch a spin-off game called Minecraft: Story Mode. This new game will be set in the traditional Minecraft world but will have an episodic format and likely introduce some new characters.

Minecraft is an online sandbox game, where players can build a whole world from scratch using different types of blocks. The game has garnered incredible popularity and attracted millions of fans.

Microsoft recently announced plans to buy Mojang for $2.5bn (£1.54 billion). The deal was completed on 6 November, but the company’s founder, Markus Persson, left the firm afterwards.

Minecraft: Story Mode will be a separate, stand-alone product and will be available in 2015 on Xbox and PlayStation consoles, PC, Mac, iOS, and Android-based devices.