Sweet 16 party gone wrong as dad had knife held to throat – TheLiberal.ie – Our News, Your Views 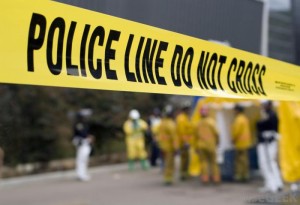 Every girl dreams of her ‘sweet sixteen’ birthday party but for the Osifa family in Lucan, Co.Dublin they got more than they bargained for when over 250 teenagers gate crashed the party holding the father with a knife to his throat whilst they ransacked the house.

The event which took place on Friday evening was set to be a very successful with almost a dozen of the teenagers friends and a DJ hired for the party. A private invitation was sent to friends over facebook but it wasn’t long until word of the party got out and it went viral.

The party went off without a hitch when suddenly approximately 250 teens, mainly under 18 years old kicked down the doors and  let themselves in on the sixteen year old’s party wrecking the house in the Foxdene estate.

Mrs Osifa told police that a knife was put up to the throat of  her husband Igosa as he tried to prevent a gang of youths from ripping a television off his wall before a bottle was also smashed over his head.

“They were trying to take the television from the wall, and when my husband tried to stop them they got a knife and threatened him,” Mrs Osifa said.

“They said they’d kill him if he tried to stop them.

“He then accidentally bumped into a girl at the party and this boy hit him over the head with a glass bottle.”

Gardai said they responded to calls and are now investigating the damage that has been done to the front door of the house, which also had two windows smashed.

The couples 11-year-old son, who has special needs, was repeatedly thrown against the sitting room wall whilst other teenagers used knives to rip up the couches, pictures and anything they could get their hands on in the family home.

“I don’t know where they came from – there were hundreds of them, they were coming from everywhere. A lot of them were jumping over the back wall”

””It was meant to be a 16th party with a few of my daughter’s friends, but then this happens. It’s not good.”

The gardai led the youths away from the home but no arrests have been made.