The countries hospitals out-patient waiting list increases to 400,000 – TheLiberal.ie – Our News, Your Views 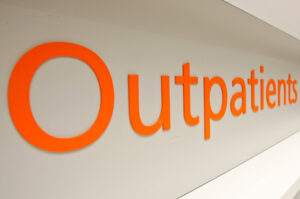 According to report published by the HSE, waiting lists in the countries public hospitals is rapidly increasing with the number of patients now waiting for an out-patient appointment close to 400,000.

The latest figures reveals a sharp increase in numbers on the number of people waiting for an out-patient appointment, the list also reveals that the number of  in-patient and day-case procedures has steadily risen in hospitals. It is understood that by the end of December 2014 there were 385,781 people on the out-patient waiting list.

The report also suggests that in December 2014 the number of people who are waiting for an out-patient appointment for 12 months or longer showed an increase of 7,000 rising from 55,733 to 61,400.

The report stated: “The HSE is currently developing a number of options to address and respond to the significant increase in need for scheduled care capacity,” the report says. “It should be noted that increased focus by the HSE in the area of out-patients will have a concomitant impact on in-patient and day-case treatment requirements (and waiting lists).” It continues: “Similarly, the rise in the requirement for emergency admissions has reduced scheduled care capacity which has in turn, impacted on the total number of patients awaiting treatment. All of these factors contribute to the current trend in waiting lists.”

The recent report also suggests that the number of children who are waiting more than 20 weeks for a hospital procedure stood at 2,282  at the end of December, an increase of 48%. The HSE rather in depth report also revealed that the HSE had a huge €549 million deficit for the year ending 2014.

Meanwhile the Minister for Health Leo Varadkar has responded to the latest report stating that whilst there were some small-scale improvements last year, the latest HSE performance report “ also shows the scale of the challenge confronting the health service”.