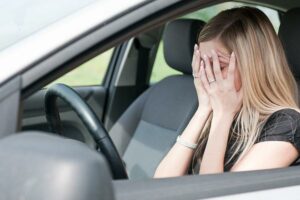 The cost of motor insurance premiums has significantly risen over the last few months, but it is believed that young drivers are being targeted the most according to the Irish Brokers Association. The association claim that young drivers are being unfairly targeted with outrageously high premiums by companies, with some insurers having even stopped giving quotes to drivers in their 20s.

Spokesman for the Irish Brokers Association Brian McNelis  has said youngsters are being unfairly asked to pay a premium rise of up to 30%. Mr McNelis claimed that some young drivers were being forced to pay €1,500 or more just to get cover. According to latest figures there has been double-digit rise in all premiums for all drivers. Although it is the younger motorists who are being unfairly hit with the huge increases in price.

Mr McNelis told the Irish Independent: “The recent poorer claims experience on younger drivers will result in higher than average increases, of between 20% and 30% during 2015. “That could amount to between €200 and €300 or more on a typical premium, possibly higher for those with low levels of experience.”

However the Irish Brokers Association has claimed that the current rise in premiums was due to the Irish motor market not being profitable at this present time. Mr McNelis claimed that some insurance companies have been breaking even, whilst others have reported large losses during the past year.

Meanwhile the latest figures released from the Central Statistics Office have shown that motor premiums for drivers across the country has risen by 2% in the month of April. The figures also show that premiums have risen by 16% for all drivers compared to this time last year.

The news has somewhat angered the head of the Consumers’ Association Michael Kilcoyne who says young drivers in their 20s and 30s were being singled out for harsh treatment.

Mr Kilcoyne said:”You have to have motor insurance if you want to drive a car. So the insurance companies have a captive market. But they are fleecing younger drivers.” Mr Kilcoyne also questioned claims that younger drivers were having so many more accidents than older drivers to justify such high premiums imposed on them.