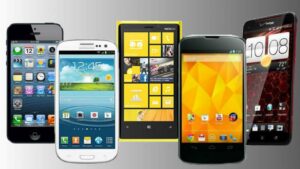 So its 2014 Christmas is behind us and many of you have purchased smart phones over the last year. As Usual with the turn of the year everybody in the tech world are already talking about what is to come in 2014. Over the next few weeks we here at The Liberal.ie will be taking a look at what is to come in the smart phone world this year. This Week we will be taking a look at what the Samsung Galaxy S5 will apparently have to offer.

With Apple having released their flagship iphone back in September the iphone 5s, everyone in the tech world has been eagerly waiting for Samsung’s response with the Galaxy S5. With the ever lasting war between Apple and Samsung, and with the ever lasting question ios or android?. Here is what to come if rumours are to be believed.

There are rumours circulating that the people at Samsung have finally decided to go with an all metal frame which will put the device on the same playing field as the iphone 5s and HTC One and according to An “inside source” who apparently confirmed to Android fans that the Galaxy S5 will arrive with a fully aluminium chassis and a new look dubbed “Design 3.0.

The S5 looks like it could have a massive amount of RAM as well to power all the new technology inside, taking better advantage of that 64-bit chip – although more recently there has been confusion over just how much RAM the Galaxy S5 will pack, with other reports suggesting 3GB, 4GB or a less likely 8GB RAM chip will reside in the phone.

With Google launching its newest operating system Android 4.4 KitKat back in October. There is little doubt that this operating system will be the choice of Samsung for its latest device. Although if rumours are to be believed Samsung will have its Touchwiz interface on the new handset., which will make the device have a sleek new display.

The new Galaxy S5 will run with the 16mp camera that was originally used on the Galaxy S4 although Samsung will have made some individual tweaks to the Camera with reports suggesting that Samsung has developed a new CMOS image sensor dubbed ISOCELL which will almost certainly debut in the Galaxy S5.This new sensor will apparently isolate individual pixels which minimises electrical crosstalk between them, which in turn leads to higher colour fidelity, for sharper, richer images.

Nothing really much to talk about here as very details have been released although according to some reports the Galaxy S5 will get a 2900mAh battery which will be able to go from empty to fully charged in just two hours.

With apple having released its critically acclaimed fingerprint scanner on the iphone 5s everyone in the tech world has been wondering what would be Samsungs response, and with rumours circulating that the boffins at the South Korean firm had been working on retina scanner that had the ability to unlock your phone by holding to your eye had the whole world in anticipation, and with confirmation that a Samsung exec had spoke to Bloomberg and said “Many people are fanatical about iris recognition technology. We are studying the possibility.” The retina scanner seemed a real possibility, unfortunately the retina tech has since been dismissed by a couple of different sources, adding that it wasn’t ready to go into phones such as the Samsung S5 as of yet.

The current news seems to be that the Galaxy S5 will have a flexible design and with phone rumoured to be measuring at 5.75 inches. Samsung has decided to move away from plastic to a more aluminium design, thanks to the aforementioned ‘Design 3.0’ meetings. Meaning the possibility of more flexible phone. Although this is yet to be seen as it will most likely cost more to make a range of aluminium devices.

Although these are just some of the things rumoured to be on Samsung’s high end device along with the previous features of the Galaxy S4. We will have to wait until Samsung reveals its device at its official launch which is expected to be early spring, with some saying as early as February. The Samsung Galaxy S5 will be one of the most eagerly anticipated Smart phones of the year.