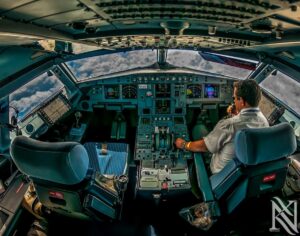 Irish airlines Aer Lingus and Ryanair have both confirmed new regulations which insist two people must be in the cockpit at all times during the flight.

The new rules stem from the news that the co-pilot of the Germanwings flight that crashed in the French Alps on Tuesday appeared to have wanted to destroy the plane.

A spokesperson from Aer Lingus announced:

“If a Cockpit crew member needs to leave the cockpit, a Cabin Crew member is required to remain in the cockpit, with the door closed, while the Cockpit Crew Member is absent,”

“Pilots and Cabin Crew are trained in cockpit door procedures during initial training and during annual recurrent training.”

“Ryanair requires two people to be in the cockpit at all times,” a spokesperson for Ryanair said.

“If a pilot needs to visit the bathroom the cabin crew supervisor is required to stand in the cockpit for these brief periods.”

Similar decisions have been announced by Canada’s Air Transat, Norwegian Air Shuttle and Icelandair but British airline EasyJet is by far the biggest airline to take action.