Breaking: Whitney Houston’s daughter found “not breathing” in her bathtub full of water – TheLiberal.ie – Our News, Your Views 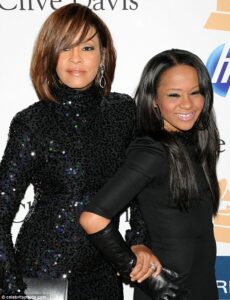 Brown “was not breathing” when her husband and a friend found her around 10:25 a.m. at their home, police said.

“They called 911, started CPR on her, and police arrived first,” the spokeswoman added. “We took over the lifesaving measures until the fire/rescue and an ambulance arrived.”

Brown has been transported to Roswell’s North Fulton Hospital, where she was breathing, according to reports.

It was three years ago February 11 that Brown’s mother, renowned signer Whitney Houston, was found dead in a bathtub in The Beverly Hilton, hours before she was to attend a pre-Grammys bash there.