Europe commemorates the end of Second World war in the continent – TheLiberal.ie – Our News, Your Views 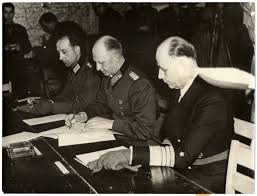 A decisive Allied victory saw Germany left in ruins. Bombed out cities and a crippled industry would mean a long way to recovery for the nation that fired the first shots in the war.

Admiral Karl Doenitz signed Germany’s surrender at Reims, in north-east France, on May 7. He did likewise in Berlin the following day.

Fighting would continue for another four months in the Pacific theater of war, until Japan officially surrendered on September 2.

It is estimated that about 60 million people died during the six year war.