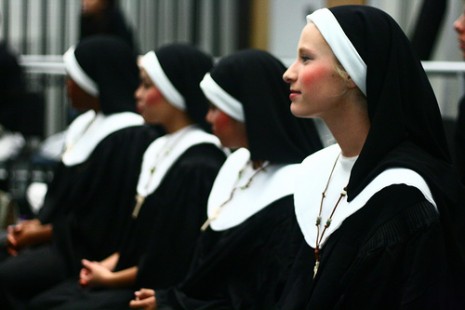 An Irish nun on holiday in Rome has been rescued after being trapped in a lift for over three days.

The 58-yr-old Maris Sister was with a 68-yr-old New Zealand nun when the lift they were using in had an electrical fault and halted mid floors in a building in Rome.

It happened on Friday evening, and unfortunately the building was vacated for the weekend. The nuns had no phones with them, and their cries for help went a wry in the empty building.

After three days on Monday morning, a maintenance man thankfully discovered the pair dehydrated and exhausted.

They’re both said to be recovering well in hospital and that “prayer saw us through”. One doctor commented “It’s actually a miracle they’re in such good shape after their ordeal”.