Great news Prison Break fans! Dominic Purcell confirms that the series is coming back! – TheLiberal.ie – Our News, Your Views 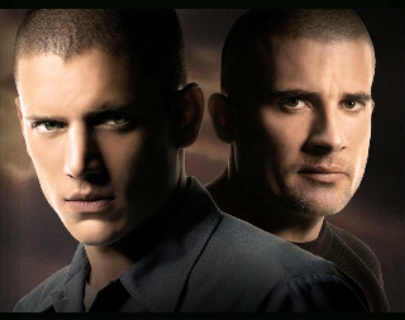 It has been recently reported that the hit US drama series Prison Break could return to our screens.

And now one of the shows main stars Dominic Purcell has apparently confirmed the news by taking to Instagram yesterday afternoon (Saturday) to say he is completely ‘stoked’ to be working on the show with his co-star Wentworth Miller once again. Purcell (aka Lincoln Burrows) also shared a picture of himself and Miller from the original series (which ran from 2005-2009) Purcell wrote: ‘#prisonbreak remake is going to be massive. WENTWORTH and I are super pumped for it.’

Purcell went a bit further teasing fans by writing that Twentieth Century Fox, who co-produced the series, ‘is officially developing’ either a film version or limited television series reportedly consisting of 12 episodes. Purcell also wrote: ‘Da boys are back!!!!. Stoked!!!’ ‘It’s been a long time coming I’m (sic) just stoked that we and #twentiethcenturyfox are giving this #iconic show another chance to entertain all the fans.’

Purcell’s news comes after weeks of speculation that Fox was planning to revive the show in a one time run consisting of a number of episodes. It is thought that the new series of Prison Break will be fairly similar to that of FOX’s other hit series 24, which was rebooted last year with a ninth series consisting of 12 episodes entitled 24 Live Another Day.

Although Purcell and Miller will be seen on TV in a different role as they have been also cast as the villainous duo Captain Cold and Heat Wave in a spin-off series from US TV station CW’s comic book series The Flash entitled Legends Of Tomorrow.