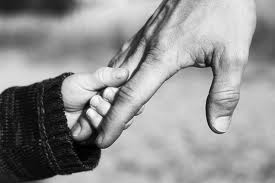 The lows that this country sinks to sometimes seem unfathomable. The greed and cruelty exerted by the very organizations that are supposed to look after our health are nothing short of scandalous.

The HSE has hired a debt collection agency to pursue the parents of a young boy of four afflicted with a rare and life threatening condition.

The price of the bounty that the HSE is salivating after? €1,000. That is the price of a sick child’s life in Ireland today, it seems. The parents not only have to live with the grim thoughts that they might lose their child. Now, they have to also deal with faceless voices on the phone asking for money.

It was revealed yesterday that the department of the Taoiseach has spent almost €100,000 on photographic work for the boss. Millions were wasted on consultants for the setup of the mega-quango Irish Water, and the bill for the Anglo bonfire rates in the tens of billions.

Yet, a family with a very sick child is denied a discretionary medical card to pay for their son’s treatment, and insult is added to injury when a bunch of debt collectors are thrown after them.