Irish Water: Homeowners could spend up to €5,000 replacing lead pipes – TheLiberal.ie – Our News, Your Views 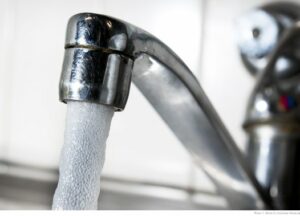 Irish water have said replacing lead pipes in homes will cost homeowners at least €5,000. The company also say that it is highly necessary to replace pipework that contains traces of lead, as there is no safe level of lead in water.

It is believed that any house built before the 1970s will have lead piping. Irish Water say the simplest test to see if your home currently has lead piping, is to scrape the pipe gently with a coin, and if a shiny silver strip appears, you piping is lead.

Meanwhile the Environment Minister Alan Kelly has said that low income households with lead piping will receive grants to help with the cost of replacing their piping. Mr Kelly said: “We are looking at grants of up to €4000 for homes that have incomesof €50,000 or less. And grants of up to €2,500 for those with income levels of €50,000 to €75,000,” said the Minister.