Let’s talk about the coming summer’s weather… – TheLiberal.ie – Our News, Your Views 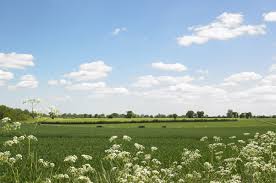 Don’t take this as gospel, as weather patterns cannot be predicted with any degree of accuracy beyond 3-5 days, and even then, it can be hit and miss.

Long range forecast folks though have been hard at work at what they do best, and they say that it’s not looking too bad for the Irish summer this year.

According to them, temperatures will begin to hover around 20C from May 25 onwards, with quite a bit of sunshine to go with it that weekend.

And, if these same folks are to be believed, the balmy temperatures will linger for the first two weeks in June, before dropping slightly on the third.

It will be “sunnier than average” during June, whatever that may mean, and beyond that, the thermometer will struggle to peak beyond mid-teens for the rest of the summer.

So while we may not be basking in sweltering 43C heat like Spain and Portugal this week, things are not that bad. So far.