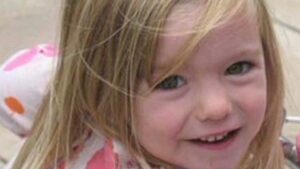 Eight years ago, a child vanished from the holiday apartment where she was sleeping, while her parents dined with friends nearby.

Despite intensive searches and a worldwide hunt, no trace of the child has ever been found.

That child’s name is Madeleine McCann.

Madeleine was three years of age when she disappeared from Praia da Luz in Portugal. Multiple theories exist as to how or why she went missing, but eight years on, not a single solid piece of evidence as to what actually happened has ever emerged.

But in recent days, officers investigating the case have uncovered a series of burglaries that match the circumstances and modus operandi used in Madeleine’s abduction.

In all these burglaries, which took place in and around the same area of Praia da Luz, the culprit gained access to the apartment via a window.

Forensic evidence from these events is now being examined, in the hope that a breakthrough for this mystifying case can be found.