OPINION: The government cares more about Ukrainians than it does the Irish homeless – TheLiberal.ie – Our News, Your Views 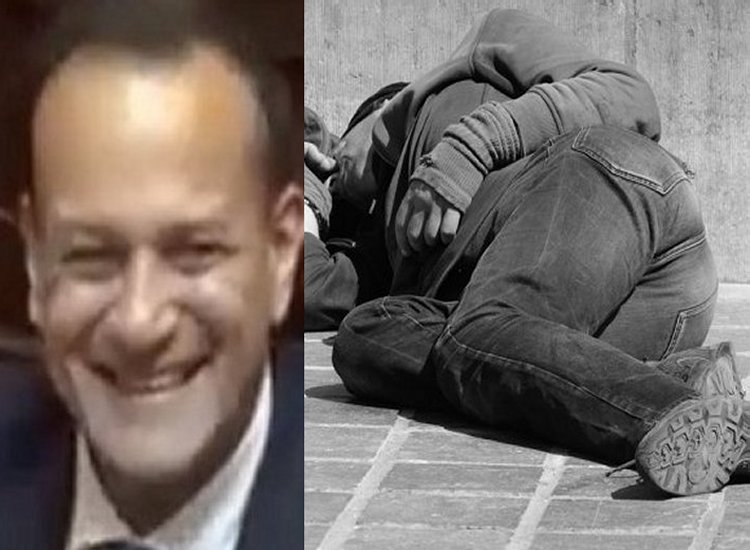 It’s starkly obvious for all to see that the Irish government couldn’t care less about its own people – in particular those who are lying on park benches, shop doorways and hotel rooms around the country.

As up to 10,000 Irish people remain homeless in Ireland in 2022, the government appear to be completely preoccupied with how the rest of the world perceives their efforts in ensuring that up to 200,000 Ukrainians are housed before our own are remotely catered for.

Something really just doesn’t add up.

The Taoiseach needs to explain why people who weren’t born here, have no connection to Ireland and are given everything and anything possible are prioritised before people who were born here, who are Irish and have deep-seated roots to Ireland, but alas have ended up homeless.

This week, people have been outraged at the thoughts of a homeless Irish woman feeling so bad that she threw herself into the freezing cold Liffey River at the weekend and yet the government don’t appear to care less about such a person who is in desperate need of help.

Instead, they’re determined to get a pat on the back from the EU and America as they take in endless numbers of Ukrainians, giving them everything and anything they can.

In what can only be described as truly shameful, the government has a sin to answer for letting our own people die on the streets as thousands flood in with open arms.

A very sad such example almost happened this past weekend in Dublin as homeless workers came across a homeless lady who was at her wits’ end.

When they approached the woman, she needed essential toiletry supplies – sadly the homeless workers had none left and the woman apparently broke down and ran to the Liffey River.

She threw herself into the freezing cold river as the brave workers chased her and in an effort to stop her.

Emergency services were called and thank God were able to get her out of the river where it’s understood she’s receiving the care and help that she deserves.

Meanwhile there’s literally no cap being put on the amount of Ukrainians being brought into Ireland and given everything and anything. Many people on social media believe that something just doesn’t add up.