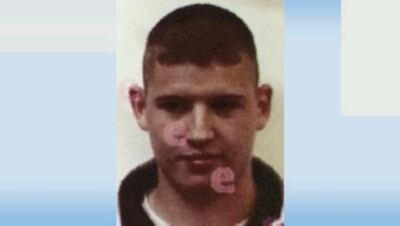 Police in the North have apprehended a convicted murderer who has been on the run since Friday after escaping from custody during a hospital visit.

A spokesperson for the PSNI has said they detained the escaped convict Thomas Valliday (27) last night. Mr Valliday is currently serving a life-sentence at Maghaberry high-security prison in the North. Mr Valliday had been on the run since he evaded  prison staff during a visit to the Ulster hospital in Dundonald on the outskirts of Belfast on Friday.
The escaped prisoner was sentenced to 17 years back in 2010 for the murder of west Belfast republican Frank “Bap” McGreevy.

Meanwhile the Police Service of Northern Ireland (PSNI) Superintendent Sean Wright made a statement regarding the recapture of Validay: “Following extensive police enquiries and with support and assistance from the public, officers arrested Thomas Valliday in Belfast last night.” “He will be taken for interview by police before being returned to prison in due course.
He added: “I would like to take this opportunity to thank members of the public in helping police to get this dangerous individual back into custody and in keeping people safe.”