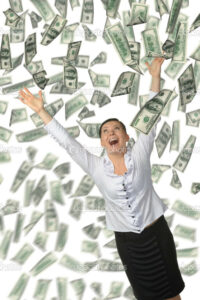 Coalition Government ministers will one day merrily walk a Yellow Brick Road paved with euro notes laid down by all of us, whether or not they do any good for the people they are meant to represent.

While it’s austerity and cuts for the common people,  Tanaiste Joan Burton and seven other current and former Labour ministers are currently roosting over pension pots worth up to €2.5m each.

According to ironclad Leinster House and Department of Expenditure pension guidelines, TDs who decide to jump ship, or ministers or those who fail to get elected are regardless entitled to a generous and extensive programme of retirement payments, funded by you and me, of course.

If one includes Fine Gael ministers, and assuming the Government runs full term, the estimated pension funds for the current Cabinet is set to exceed €30m. It is worth noting that this figure stands well below the monies raked in by ministers of the last two Fianna Fail administrations. That figure hit a cool €50m, and some loose change.

Using official figures and guidelines, if Joan Burton were not to return to the Dail, as it is likely the case given Labour’s single-digit support, she would still be entitled to a pension pot worth about €2,569,635.

This would make her enjoy a TD’s pension of €43,629 and a ministerial pension of €42,025 per year, for life. The day she stepped down from her duties, Ms.Burton would receive a tax-free lump sum of €130,887 on top of that, while parents receive a €5 increase on their child benefit.

And incidentally, she, like any other retiring or ousted TD, would receive a ‘termination lump sum’ worth up to two months’ salary. Based on the current TD salary level of €87,825, this would mean she would receive €14,543 on top of everything else.

So you see, the merry money go round keeps spinning for those in power, while we languish in austerity and keep the trough well stocked with our taxes.