Space rendezvous: Rocket will hurtle through the skies to resupply the ISS – TheLiberal.ie – Our News, Your Views 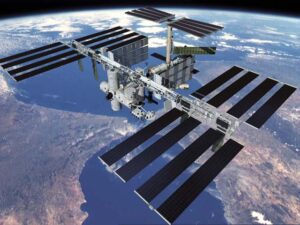 The International Space Station (ISS) circles Earth at a low orbit of between 205 and 270 miles, at a speed of about 17,500km/h. Its first module was launched back in 1998, and the station has been continuously occupied by astronauts for over 14 years. It can often be seen from Earth with the naked eye.

Problem is, supplies onboard the station run out quickly, and without any regular space shuttle operating these days, the task of bringing food and other essential supplies to the people living up there has become tricky enough.

A private company, Elon Musk’s SpaceX, has been using their Dragon rockets to keep ISS full of goodies since 2012. They’ve flown three unmanned resupply missions so far, and tonight, SpaceX will be launching its latest Dragon rocket for a fourth mission.

In fact, the astronauts onboard ISS can look forward to the latest shipment of stuff, because besides the usual food and other essentials, the supply rocket is bringing up three espresso machines especially designed to work in a zero gravity environment.

The rocket was launched from California at 8:30pm Irish time, and it will be visible over Irish skies tonight and tomorrow night as it chases ISS at breakneck speed.

After a full day of catching up, both craft will fly alongside each other over Ireland at 10.08pm tomorrow night, so get your telescopes out and enjoy the space show.

The idea then is to land the Dragon rocket vertically on a barge waiting off the Florida coast, so it can be reused.

However, the first time SpaceX attempted such feat, the rocket blew up on impact. Let’s hope they fare better this time.