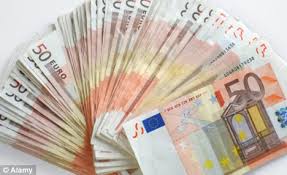 According to The Sunday Times Rich List Ireland now has 13 billionaires worth €38 billion in total.

The wealthiest 250 in Ireland are worth a combined total of €73 billion and their wealth has increased by 15.9 percent in the last year.

The net worth of the country’s wealthy elite is now significantly ahead of what was recorded in the Celtic Tiger (2008).

On The Sunday Times Rich List Hilary and Alannah Weston came out on top of the Irish list for the sixth year in a row. Mother and daughter and the owners of Brown Thomas, Penneys, Primark (Penneys UK) and Miss Selfridges (UK) have a combined wealth of €15 billion.

Denis O’Brien came in second with €5.343 billion. In the last six years his figures have more than doubled. He has the largest shareholding in Independent News and Media and his Topaz operation is the biggest generator of tax for Irish revenue.