The luck of the draw: Co Meath woman wins Lotto plus 1 after buying her first ever lotto ticket – TheLiberal.ie – Our News, Your Views 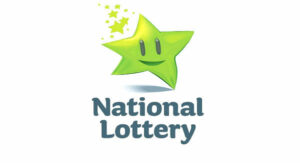 There was some good news this morning, as one lucky woman from Co Meath went to the national Lottery headquarters to claim her prize of €350,000 after she won the jackpot in the Lotto Plus 1 draw with her first-ever Lottery ticket.

The woman who is a young mother, wishes to keep her identity secret, told the reporters winning the prize felt unreal and it was “mad stuff this and completely surreal” but she was “thrilled to bits”. The young mum said she purchased her first ever Lotto ticket at the Topaz Kennelsfort station in Palmerstown, Dublin, with a €4 quick pick ticket.

The Lucky woman told reporters who were waiting outside: “It was my first time ever to play Lotto. After I checked the ticket on Monday, I went into the loo in work and just stared at the ticket,” she said. “I wanted to jump up and down and scream and shout – it was the most unbelievable feeling I’ve ever had! It was so difficult to not say anything in work but I stuck to my guns. I’m not one to be in the newspapers with a big cheque or anything like that – I’m a very humble person who likes looking after people – I think it’s what I do best.

The Co Meath native also said she would like to go to Australia for a few weeks with her children, and buy a home to “have a bit of comfort in life and look after my kids.” The lucky woman said she decided to give the lottery a try after hearing about the €10.6 million Lotto jackpot win last week.