Unexplained Eerie Sounds Coming From The Sky ! – TheLiberal.ie – Our News, Your Views 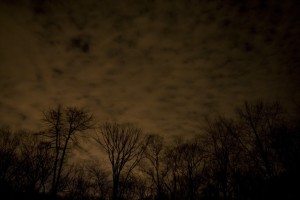 Since 2008 a sinister sounding noise which appears to be coming from the sky has startled many people.

What sounds like a trumpet or a brass section of an orchestra has been heard, and recorded all over the world in places such as Germany, Canada, the USA, Ukraine and Belarus.

The first was in 2008 in Belarus, while in the same year eerie sounds were posted to YouTube by an anonymous user. In June 2013, Kimberly Wookey, from British Columbia in Canada, recorded several noises coming from the sky.

The most recent hearing has been recorded and occurred on May 7th 2015. You can watch the video here:

She wrote: ‘I personally do not believe this has any religious connection, nor do I believe it is aliens, graders, trains, construction, etc,’ she added.

‘I do believe it could be a geophysical phenomenon.’

Aaron Traylor, from Montana in the US, wrote: ‘I’ve had vivid nightmares ever since I posted the very eerie strange sounds that has Missoula talking and looking towards the sky; awful, awful nightmares.

‘My wife woke me from a dream last night where she says I was screaming like she’s never heard me scream before.

‘I was taking my daughter out for her daily exercise along with my dog. I started to hear the sounds early on in our little adventure and the first time it was heard my dog perked her ears up and my daughter stopped in her tracks.’

But what is this weird noise?

According to NASA, it could be the earth’s ‘background noise’.

A statement from the NASA said: ‘If humans had radio antennas instead of ears, we would hear a remarkable symphony of strange noises coming from our own planet. Scientists call them “tweeks,” “whistlers” and “sferics.”

‘They sound like background music from a flamboyant science fiction film, but this is not science fiction. Earth’s natural radio emissions are real and, although we’re mostly unaware of them, they are around us all the time.’