Boston Bomber sentenced to death – TheLiberal.ie – Our News, Your Views 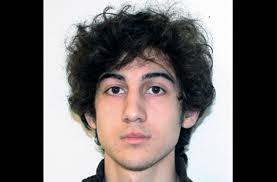 Dzhokhar Tsarnaev, the so-called “Boston Bomber”, has been sentenced to death for his role in the Boston Marathon bombing two years ago.

Three people died and 260 were wounded when the Tsarnaev brothers detonated some home-made explosive devices near the finish line at the marathon. Dzhokhar’s older brother, Tamerlan, was killed in a shootout with police days after the attack.

The jury rejected the defence’s main argument that Dzhokhar was just a “kid” under the influence of his older brother at the time of the bombings, and that he was manipulated by him.

In passing sentence, the judge took into consideration the severity of the charges and the apparent lack of remorse by Dzhokhar.