European body to rule on Ireland’s laws on corporal punishment – TheLiberal.ie – Our News, Your Views 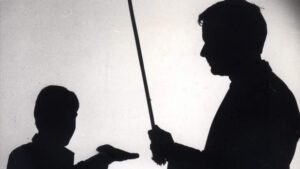 Such punishment was banned in schools a few decades ago, but even today, parents can choose to defend its use in court as “reasonable chastisement”, if legal action is taken against them.

But in response to a UK-based charity, alleging that Ireland is in breach of the European Social Charter because of that loophole, the Council of Europe will rule on the issue.

It is widely expected that the Council will rule against the current law.

The ISPCC has been calling for the Government to take action on issues regarding corporal punishment, and its Chief Executive Grainia Long hopes today’s ruling is decisive.

Ms. Long said “It’s a ruling that will essentially determine whether Ireland is going to remedy a violation of article 17 of the European social charter.”

“We’re hoping that it will give a direction to the Irish government that it must outlaw corporal punishment.

“That’s something that the ISPCC and many other children’s organisations, have been calling for for some time.”
She said there was no evidence that physical punishment was effective.