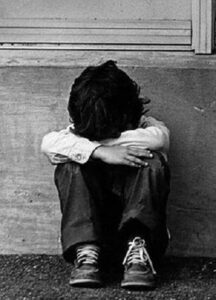 The horrific discovery was made when detectives were informed of the abuse by the European police agency Europol, who consistently investigate child pornography across the EU. It is then believed that an emergency care order application was made last week which was then subsequently given to the Gardai and social workers which allowed them to take the unidentified boy into care.

The house were the little boy was living in was then searched after serious concerns was raised that the child in question may have been sexually abused along with reports that video footage of the abuse was posted online. It is understood that the Garda Paedophile Investigations Unit was contacted by Europol last December warning that an Irish child may have been abused.

Detectives from the Gardai then began to make inquires which resulted in the discovery of an internet provider address which was then traced to a house in Co Tipperary. Officers from the Gardai raided the property after obtaining a search warrant, where investigators and social workers conducted a search and found the boy, who was quickly identified as the child, being abused in the horrific videos.

The young child was immediately taken into care by social workers who accompanied Gardai to the house.