Lotto machine issues will continue for the rest of the month, lotto chief says – TheLiberal.ie – Our News, Your Views 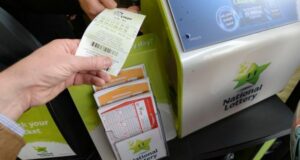 The widespread problems that have recently blighted the lotto network are likely to continue for at least another month, according to National Lottery’s Chief Executive Dermot Griffin.

He blamed the ongoing issues on new technology rolled out to the National Lottery’s 3,800 retail outlets, which was a part of its sale to a private consortium.

Mr. Griffin said that the problems will continue until an old system is completely retired, which will not happen until at least the end of March.

He is expected to appear before an Oireachtas Committee later this coming to answer questions about the network’s IT issues, after retailers raised repeated complaints.