Man dies in gangland-style shooting in north Dublin – TheLiberal.ie – Our News, Your Views 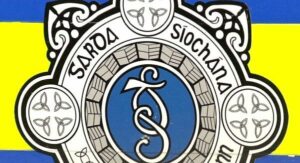 Gangland violence returned to the streets of Dublin today, with the shooting dead of a man in the Drumcondra area of north Dublin.

The incident took place at around 11:30am.

It is understood a man was found dead in the front seat of a car in the vicinity of the Cat and Cage pub, near Upper Drumcondra Road. Up to eight bullet holes were found on the vehicle.

The shooting happened in former Taoiseach Bertie Ahern’s home turf. He was visibly shocked when he heard the news.

Emergency services in attendance had to deal with two burning vehicles at the scene.

The age and identity of the victim have not been disclosed.