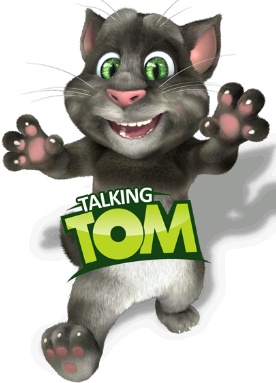 A number of parents in the UK have made complaints after a sexually explicit advert for a pornography website has appeared within the popular children’s app Talking Tom.

It is believed parents complained  after a number children found the banner ad, which apparently showed an extremely explicit image of a naked women engaging in sexual activities, the image also contained a ’play’ feature which appeared at the top of the page on the hugely popular app which is based on an animated cat who repeats phrases back to children.

It is believed that the disgraceful advert was placed by a third party who apparently hacked the app. Outfit7 who currently operate the Talking Tom app, have said they have not been able to track down the hackers responsible for placing the advert. Meanwhile the adult website has said that they do allow their products to be advertised by third parties on a regular basis but have no control on where their adverts be placed, the website also say that they are also unable to track those who place their adverts on different websites.

Outfit7 have since apologised for the advert appearing on their app. The company have also said that the ad’s appearance on the Talking Tom app was a clear breach of its affiliate contract and they are keen to identify those responsible in order to take action.