Prison Break could be back as FOX discuss reviving the show – TheLiberal.ie – Our News, Your Views 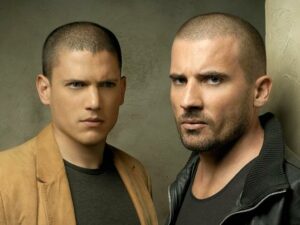 The hit TV series Prison Break may be soon back on our screens as it is reported that US television network FOX are in discussions about reviving the show.

It is understood that Fox plan on developing a limited-series revival of its 2005-09 drama series that would see its stars Wentworth Miller and Dominic Purcell, pair up once again to out run the law. It is thought that a revival of the show would be similar to that of last year’s 24: Live Another Day in that it would air a dozen or so episodes and feature a closed-ended storyline.

The idea apparently came about earlier this year, when Miller who is currently reunited with his former brother and Fox River inmate Purcell this past year to team up on superhero series The Flash. Miller said that he “floated the idea” of a Prison Break continuation to Fox and “they seemed to think there was something there.” Fox co-chairman Gary Newman acknowledged at the Television Critics Assoc. press tour in January that Prison Break would make “the perfect event series,” but added that there were no current plans to bring the gang back together.

However Miller and Purcell will still appear on TV in one way or another as they are set to star in american TV station CW’s latest spin-off serious from the Arrow and The Flash call legends of tomorrow which is due to air in 2016.