Shocking statistics claim one in three Irish citizens is deprived – TheLiberal.ie – Our News, Your Views 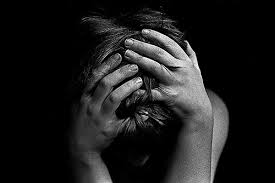 One in three Irish people are now categorised as deprived according to a new study carried out by the CSO.

One in three works out at approximately 1.3million of the nations population with middle income earners suffering the biggest reductions from the recent figures.

The chief of childrens charity Barnardos has indicated that the falls in incomes is adding to the number of children living in poverty in Ireland. Current figures show that roughly 12% of our nations children are living in poverty this accounts for one in eight of Irelands child population. With approximately 8.2% of the nations general population living in a consistent state of poverty.

Families and individuals who are deprived may not be able to afford heating, replace worn out household items and furniture or participate in social activities.

With many unwilling to discuss the depths of their financial distress or the worry of the stigma of poverty it is difficult to fully comprehend the impact on the nations homes.  There are also fear that this could stop individuals and families from seeking supports which could be help relieve their current situation.