Witnesses claim that a women was shot whilst giving birth in brutal Boko Haram attacks, – TheLiberal.ie – Our News, Your Views 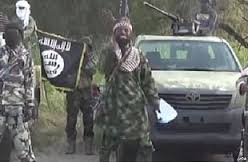 In their latest attack in Nigeria, fundamentalist Islamic group Boko Haram are said to have killed in the region of 2000 civilians. However government spokesmen have disputed this number as mass speculation and have placed the official death toll at 150.

Two towns, Baga and Dorong Baga were attacked by Boko Haram who indiscriminately killed civilians and also burned homes and businesses to the ground. Large areas of vegetation were also razed in the attack.

Witnesses of the atrocity claim that one of the victims was murdered whilst giving birth and that the terrorists also shot and killed children who were trying to flee the violence.