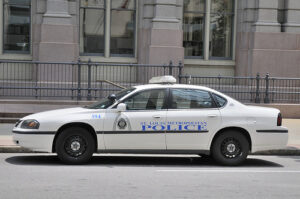 An 18-year-old man was shot and killed by a police officer in the St. Louis suburb of Berkeley late yesterday evening.

According to an official statement, a police officer on routine patrol spotted two young men acting suspiciously near a gas station. He approached them and one of the men pulled out a gun and pointed and him. The officer immediately fired his weapon several times, fatally wounding the man. The second person fled the scene on foot.

Berkeley is located near Ferguson, where the fatal shooting of an unarmed teenager, Michael Brown, sparked nationwide riots.