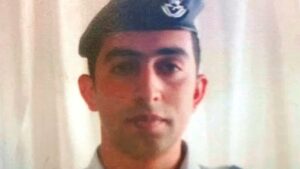 The cruelty of the extremist ISIS organization knows no bounds.

Footage and still images released today by all Furqan, ISIS’ ‘official’ media outlet appear to show the slow and barbaric death of Jordanian pilot Moaz al Kassasbeh at the hands of his captors.

The video, which has yet to be independently authenticated, purports to show the burning of the F-16 pilot inside a cage.

al Kassasbeh, 26, had been captured by ISIS forces after he was forced to eject from his fighter plane while on a mission over Syria.

He became a pawn in a high stakes game in which ISIS demanded the release of an Iranian-born citizen, Sajida al-Rishawi, who had been convicted of terrorist acts in 2005.