Emotional: George Hook gave a fantastic interview about finding faith and his relationship with his mother – TheLiberal.ie – Our News, Your Views 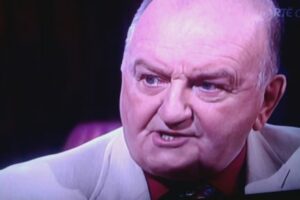 In a very emotional interview on RTE’s Saturday Night Show with Brendan O’Connor, rugby pundit and radio host, George Hook, gave a very interesting and emotional interview about how he felt he was going to die, the resurgence of his Catholic faith, and the thoughts of meeting his mother again in Heaven.

George said that before a recent knee surgery, he was convinced he was going to die. What that in mind, he decided to look into his Catholic faith that was lapsed for a long time.

He has since had a major resurgence of his faith, believes in God and Heaven, and wants to see his mother again and say sorry to her. He said he treated his mother badly and hoped to make a mends.