Forget your Galaxy and iPhone – Nokia are preparing to make a big comeback – TheLiberal.ie – Our News, Your Views

Yes I am taking a little bit of a leap of faith with that title but then again is it really is hard to believe. Last week the final brand transition of Nokia to Microsoft was announced and hence forth it’s now Microsoft Lumia. No longer will you see that iconic Nokia name peering up at you from new Lumia devices. Is this a bad thing, for some yes it is and for those the level of disdain for Microsoft is almost frightening. True Nokia got Microsoft to where it is right now and true Microsoft let go so many people from Nokia but unfortunately that’s business, that’s life. 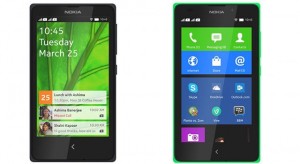 From that dark time however there is a glimmer of light, in fact more than a glimmer. Hope of Nokia’s return to smartphones is burning as bright as the sun in our sky, can the phoenix rise out of these fires, I think so, here is how. The very people who Microsoft let go from the Nokia Device & Services teams would no doubt jump at the chance to work for Nokia again, a large amount of them anyway. These people have the skill and teamed with the people Nokia already have, i.e. their software teams such as HERE and Z Launcher, they could certainly get a new device up and running. Would this device run Windows Phone, almost certainly not, that path was walked and the green pastures of Android are surely more appealing to Nokia these days. Nokia of course already very familiar with android from their work on the Nokia X series of forked Android devices.

This is one potential avenue, another is to licence out the production of devices to companies like Foxconn. This would not be the first time Nokia has done this, if you recall the Lumia 800, it was not made in Finland at all. Another potential route would be to buy up Jolla who already have a team and a device, I personally hope this doesn’t happen as I think using Jolla would be a bad move. Killing Jolla off and utilizing the teams would be more fruitful. So there are many options open to Nokia and millions of people who would support their return. I can see the day when they do, with a large screen Android, bleeding edge specs and a design and build quality that will shame all others. 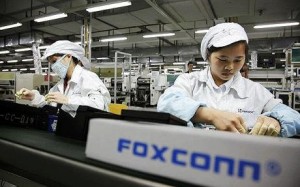 Brand is king in the Mobile industry and why companies like Samsung, Apple and to a lesser degree Sony lead the way. Nokia is a brand that is just as strong as Samsung and Apple in name and don’t for one moment forget this.

While Nokia as a software company is still here, still performing well they as a hardware company will rise again. 2016 will be the year we see something announced and from Q1 2016 we will start to see the leaks and rumours of a device.