Gay Marriage: Major blow for Yes side as well known journalist James Downey says he’ll be voting No – TheLiberal.ie – Our News, Your Views 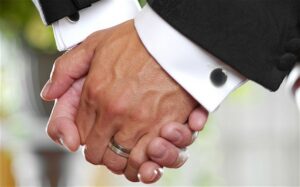 In what is sure to come as a blow to the Government’s attempt to pass the same-sex marriage referendum, prominent political commentator James Downey has said that he intends to vote No.

Writing in today’s Irish Independent, Downey says that he supports issues like contraception, divorce, abortion and women’s liberation.  He says he is also an advocate of gay rights, but feels that same sex marriage is a step too far, and that the referendum is an unnecessary expense at a time when many people in the country, (particularly women trying to bring up families), are “under almost unbearable pressure throughout the boom, the bust and the recovery”.

He criticised the Government for focusing on an issue that will not confer any new rights on gay people when they should be working to ensure that children from every part of Ireland, rich or poor, have the same opportunities in life:

“Essentially, this project is a sop to Labour from Fine Gael.  Irish politicians being Irish politicians, in the event of success I wouldn’t put it past them to boast everywhere from Brussels to Washington of their dedication to liberal reform.”

These latest comments will create a further headache for the Government, coming as it does on the heels of aSunday Independent straw poll showing that almost 50% of Fine Gael rural TDs do not intend to canvass for a Yes vote, for fear that it will impact on their re-election chances.