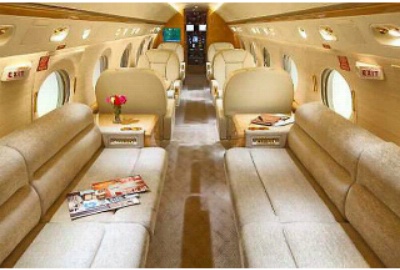 The government’s main private jet the Gulfstream IV has been sold for €460,000. The jet is one of two jets which is used for minister’s to  travel, was controversially  grounded in the US last summer after problems were discovered during routine maintenance.

It is understood that the jet was sold to a US based company last December for the sum of US$500,000. A report will be published on behalf of the Government which will  recommend the best options available for air travel for the President, members of the Government and accompanying officials.

A spokesperson for the Department of Defence said: “An inter-Departmental Ministerial Air Transport Service (MATS) Review Group has been established to examine options for the future provision of a service that will continue to provide the President, members of the Government and accompanying officials with an independent means of international air transport,”. “When the Group has completed its deliberations and made its recommendations, the Minister for Defence will bring a report to Government with recommendations on how best to provide a MATS into the future.”