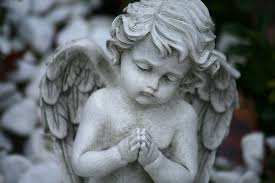 Little Nevaeh Gale-Spollen was only 9 years old when she died following a massive brain haemorrhage.   Nevaeh’s tragic death occurred on the 8th of November after she collapsed whilst playing by a tree near her grandmother’s home.

Following her collapse she was taken to Our Lady’s Hospital for Sick Children, Crumlin where after spending three days on life support she was sadly pronounced dead.

Nevaeh had been born with a malformed blood vessel in her brain and in the months leading up to her death had begun to suffer from headaches which were believed to be migraine related.

Since her tragic death the little girl’s family have been informed by the The Organ Transplantation Department at Beaumont Hospital that Nevaeh’s organ donations have gone onto to save the lives of 5 people in Ireland and England.   A truly remarkable legacy for such a young life and her grieving family.

Nevaeh’s would have celebrated her 10th birthday on Christmas day; instead she gave the gift of life to others.

According to figures released by the www.organdonation.ie  “In 2013, 86 deceased donors saved 245 lives “

There are approximately 650 people on the transplant waiting list in Ireland in 2014 and organ donation is of huge importance to the future of these individuals.

To find out more about organ donation go to www.organdonation.ie/facts