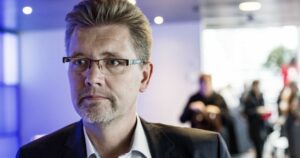 Copenhagen Mayor Frank Jensen has put a ban in place for city officials, stating that they cannot use Ryanair for travel, even if it is the cheapest option available.

He put forward that the reason for such move is the wages paid by the airline, and its lack of a Danish collective-bargaining agreement.

In an interview with a Danish newspaper, Mr. Jensen said that in Copenhagen “we have fought hard against the scourge of social dumping”.
“Therefore we require all of those who deliver services to the municipality, including those who would sell us plane tickets, to offer their employees proper salaries and working conditions.

And added: “Thus, we already have a ban on flying with Ryanair. Our rules mean that we cannot enter contracts or buy goods from suppliers that do not pay proper salaries.”

In response to the accusations, a spokesman for the airline said: “We are surprised at Mayor Jensen’s comments which don’t take account of the fact that Ryanair’s pilots and cabin crew enjoy high pay, job security and already have a collective agreement with Ryanair.

“We are also surprised at his boycott call when all Ryanair flights in Copenhagen are being handled by workers who are represented by Danish unions. Ryanair is growing tourism, traffic and jobs in Denmark.”