Teenager to be sentenced later today for disgraceful racially motivated attack on Iraqi nationals – TheLiberal.ie – Our News, Your Views 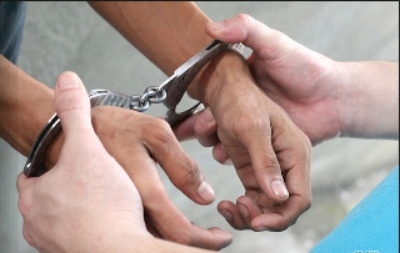 A teenager who was found guilty of a viscous and uprovoked racial assault which resulted in a man losing sight in one eye will be sentenced later today.

The teenager Aaron Shattock with about address of Kingswood Heights, Tallaght, Dublin pleaded guilty to the assault which caused serious harm on August 21, 2013 at exit 11 of the M50 in Tallaght at Dublin Circuit Criminal Court recently. The victim, DIT student Yasser Saud who was aged 19 at the time of the attack was understood to have been in the park with his cousin Hudi Saud and a female friend when they came across Shattock and another man who were both known to their friend.

It is believed that a large gang of up to 12 other people arrived at the park and proceeded to racially abuse the Iraqi nationals  calling them “Pakis”. It is understood that Hudi suffered a broken jaw in the attack whilst Yasser suffered severe blood trauma and optic nerve damage to his eye, which resulted in him being effectively blind in one eye.

Dublin Circuit Criminal court heard testimony from Shattock’s defence council who say he has expressed genuine remorse for the harm that he had caused to both cousins. Mr Shattock will be sentenced later today.