The retail king has fallen: Tesco overtaken by SuperValu in grocery wars – TheLiberal.ie – Our News, Your Views 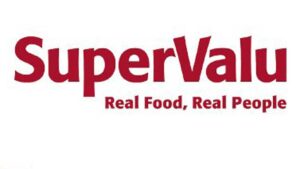 After a steady rise over the last few months, SuperValu has finally toppled the once mighty Tesco in terms of total grocery sales.

This event marks the end of Tesco’s years of dominance over the grocery market in Ireland.

Tesco first entered the fray in 1997, when it bought the Quinnsworth chain.

New figures released this morning show that SuperValu, which is controlled by the Cork-based Musgrave group, has taken control of 24.9pc of Ireland’s multi-billion grocery market. This figure compares to the 24.7pc of current Tesco market share.

It has been a bad two years for Tesco, with accounting scandals in the UK and a very determined competition from other retailers rocking its erstwhile solid foundations.